Another Article from Motor Klassik (Translated from German)

So a lot of the phrases are foreign, so excuse the strange translation… 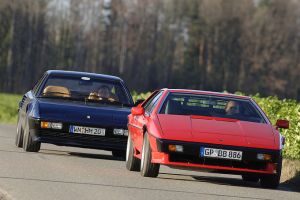 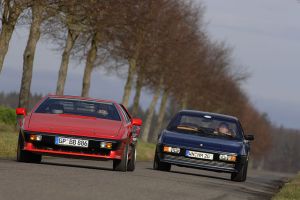 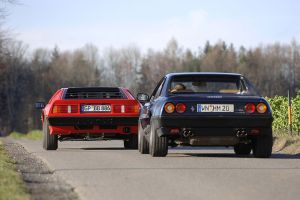 The Lotus Esprit Turbo HC a bright red flounder from Norwich, England. In addition to their other cars, this one seems as exciting as the television broadcast of several hours of ceremony from the British royal family. The high blood pressure generating extremely wedge-shaped body of the esprit incidentally created the Italian star designer Giorgetto Giugiaro, a karate fighter; he seems to have carved with targeted karate blows from a solid state. 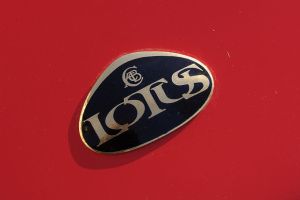 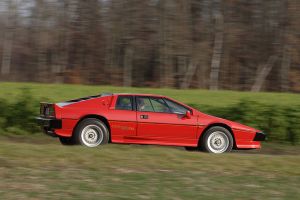 He had presented the first sample of this specimen from the rounding loose form of language at the 1972 Turin Motor Show in the form of a concept car. 1975 mutant for this Lotus Esprit – an ultra-slim plastic racer with central frame and motor means of it, James Bond goodness, brought to a remarkable level of awareness. 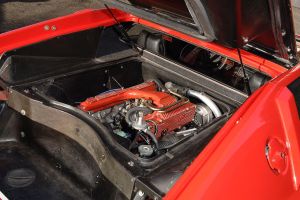 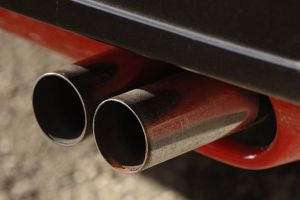 From 1980 onwards we go with high-pressure turbo era of the Esprit series began in 1980 with a party at London’s Albert Hall, organized by former Lotus Formula 1 sponsor Essex Petroleum. The highlight of this celebration was the unveiling of a special model – the Essex Turbo, one in the sponsor colors painted, profoundly modified Lotus Esprit with a 2.2 liter, 213 hp four-cylinder. Although a Lotus dealer named Bell & Colvill already had two years earlier incited some Esprit Turbos, but now Lotus put even the angular two-seater under pressure. 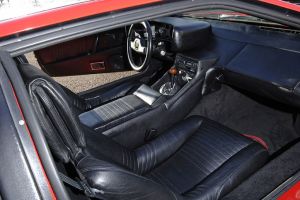 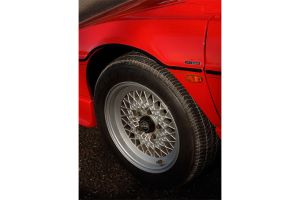 Only a year later, the special matured to the standard model. The Lotus Esprit Turbo with a distinctive pointed front and rear spoilers, side skirts with air intakes and stressed the clad rear window slats more edges and corners than the Buckingham Palace. The highlight of this wild turbo versions with Giugiaro body was brought out in 1986 Lotus Turbo Esprit hc, which is currently being traded in perfect condition with more than 21,000 euros. But you also would be in luck with another sports car of the 80’s with a clear imageträchtigeren name – yes, exactly…. a Ferrari , the Ferrari Mondial in good condition. 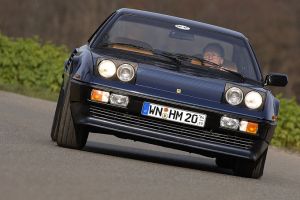 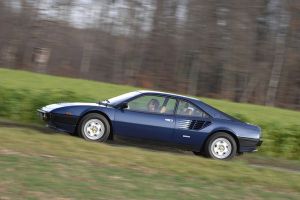 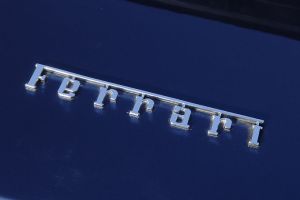 First-class racehorses from both stables
As Lotus founder Colin Chapman also bred Enzo Ferrari in his stable class racehorses. But the imaginary for everyday stallions are usually rated much higher than the English neighing – unless they are beaten a little out of the way as presented in 1980 at the Geneva Salon Ferrari Mondial. This model name evokes memories of a same open racing cars from the early 50s, but with a purebred sports equipment has the more modern Ferrari Mondial nothing to do. 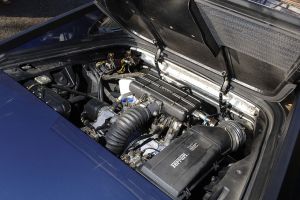 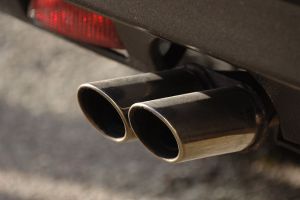 He succeeds the 2 + 2-seater Dino 308 GT in / 4 and was aimed at sports car enthusiasts who like to travel with family and emphasize a subtle appearance. Doyen Pininfarina pulled out all the stops to create a bodywork with room for Daddy, Mommy and Bambini despite the mid-engine arrangement. Then, however, his work with the unusually wide gerückten forward passenger compartment generated only modest enthusiasm – as the sight of Ornella Muti in turtlenecks. Nevertheless, the design of the Ferrari Mondial is not without charms. 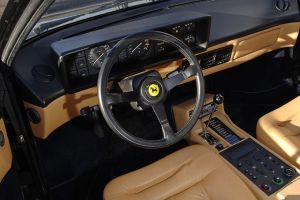 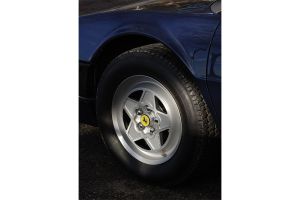 The side view of the Ferrari Mondial revealed a slight wedge shape, the belt line is like the sea in the lagoon of Venice in gentle waves across the wheel arches away, and the steeply inclined, at the outer ends curved back rear window builds family ties to the Dino 206 GT. Unfortunately voted the inner values of the Ferrari Mondial former Ferrari fans morose.

For precisely with that V-eight-cylinder, which had been deprived of for the purpose of optimizing its exhaust Fang, the Ferrari Mondial 8 premiere celebrated. So it was no surprise that it did not developed into the most desirable Ferrari model. But enough of the theory, we start to exit. Take me first, the aggressively styled hip flask from England seems to call. Granted, this low-flying aircraft, which acts like a challenge to other road users, is hard to resist. So go ahead. Because of the wide sill and low roof should be carefully considered for entry to the Lotus Esprit Turbo every move to prevent tangles of limbs.

Lotus Esprit: visibility catastrophic
If the buttocks slipping into a depression, the goal is reached. It now lies in a deeply contoured seat shell, firmly positioned between the door and the high center console of the Lotus Esprit Turbo – and already suspects that Esprit-driving equals a fast, wild dance with intimate Hüftkontakt. The visibility is catastrophic. The vehicle width is difficult to estimate, and for everything that happens behind the Lotus Esprit, you should not even care. Furthermore, can the low seating position in which only 1.12 meters high basement miss the overview. In city traffic, informs the view out the side window at best over the latest belly piercing fashion or the diameter of truck exhaust pipes. But who looks ahead, sees exactly what is important – the road that seems to lead directly into the cockpit.

The most fun is in the Lotus Esprit Turbo undoubtedly one, if this is a winding country road. Directly in back of the driver rages a souped Lotus-aluminum four-cylinder engine of the type 910, a four-valve engine with dual overhead camshafts, which brings it thanks to a Garrett T3 turbocharger on the impressive performance of 100 hp per liter. In Model Lotus Esprit Turbo hc, which stands for high compression, drop 218 hp at 6,000 / min. But above all, ensures that at 298 Nm at 4,250 / min grown torque for more driving fun compared to the normal turbo.

Lotus with godly gear
The engine of the Lotus Esprit Turbo hc roars and shoots when decelerating, it is a joy. Who takes on the delicate accelerator beyond 2,000 / min, registered with enthusiasm, as the pointer of the boost gauge is skyrocketing and the Lotus Esprit Turbo as loss piled unleashed. Not only the vehement acceleration, however, does not fulfill all the optimistic factory specification of less than six hundred seconds, but also the torque create a feeling of extreme lightness. It is not constantly forced to seek originating from the Citroën SM five-speed transmission with relatively long switching paths. But the spirit incites a steadfastly to make pace.
The small steering wheel to turn when maneuvering with much force required in brisk curves hardly less strong grab. And with the very direct steering can be beat with the Lotus Esprit Turbo hook like a rabbit.

Mondial: compared to a cathedral Esprit
We rise. While a vacuum cleaner as a sounding pump the hot air away from the intake of the resting Esprit, we approach the Ferrari Mondial. With a beating heart? A bit already, because after all it is a Ferrari. And also it is the more powerful Quattrovalvole version, the 1982 Mondial 8 bit tired replaced. By nature this spacious coupe is not comparable with the Esprit. Nevertheless, the Ferrari Mondial knows how to fascinate his driver – though with different qualities. The lined in fragrant, fine leather interior and accessories such as power mirrors and air conditioning at that time satisfied those clients who clothed himself in Armani and not in the Super Mercato.

The seating position in the Ferrari Mondial is erect, so that the driver’s fine cloth won’t form many wrinkles. Although there is a lack of lateral support, this Ferrari was never not intended to be be tracked daily. The 240 hp from its V8 holds is acoustically distinguished and sounds much fuller than the Lotus engine. This is not a surprise since the Mondial has a larger displacement and twice the number of cylinders. The Ferrari is like Luciano Pavarotti – while the Esprit-is Rory Gallagher. Pressing on the accelerator pedal of the Ferrari Mondial creates a clean and smooth engine pull – it is pleasure.

Then finally, beyond 4,500 / min, the much longed for roar, holding up to 8,000 / min and a Ferrari belongs as an above-average talent for fast turning sounds. The Ferrari has a longer wheelbase which makes it bot nearly as agile as the Lotus, however, it scores with its precise steering.

Okay, the Ferrari Mondial is not as agile and uncompromising as the Lotus Esprit Turbo. But for one that appreciates a sports car with everyday practicality, this car will bring great joy to him. The choice to choose one is is difficult in the end. Maybe you have enough money for both.