First thing you want to do is check the connectors on the battery – they often can get pretty corroded and dirty. If you clean it up and still see the voltage not moving – check the alternator connections, the pulley, the cable, etc. A shop can tell you for sure if the alternator is bad.

The Mondial comes with either the AC Delco 89-91 or Nippon Denso alternator. I had the Ac Delco which you can buy online Delco part number is 10479969 – These are 100% compatible with all connections except the pulley which is a 30 second job to change with a impact wrench.

The thing is – the stock alternator is pretty crummy so have a shop, Quick Start Automotive Electric
1-616-606-5045 | E-mail: info@QSALTS.com
in Michigan order the alternator for me and upgrade all the “guts” so to speak to a 140 AMP version. They also did a bunch of other stuff to make it more robust. Cost was $185 shipped for the whole thing.

Here’s the key – often a bad alternator can mess up a perfectly good battery and vice versa so it’s best to replace alternator and battery at the same time to ensure no “cross contamination” so to speak. I bought the Yellow Top Extreme battery to replace at the same time. ($150 on Amazon) – this Battery is pretty much the Rollys Royce of batteries in the real of sanity (some elite batteries out there are $1000+)

This can easily be changed on jacks, but I’m too much of a wuss to do it myself – so I hired somebody to just swap out the alternator for me. Should be a 1 hour job – 1.5 hour job at most! Dropped it off with a new Yellow Top battery at Roselli Foreign Car Repair in San Jose California. Meet the owner – seemed like a nice chap. Usually Dino Motors handles my car, but these guys seem like they may be quicker/cheaper. I met Roberto the owner, he seems like a nice guy – no complaints thus far. 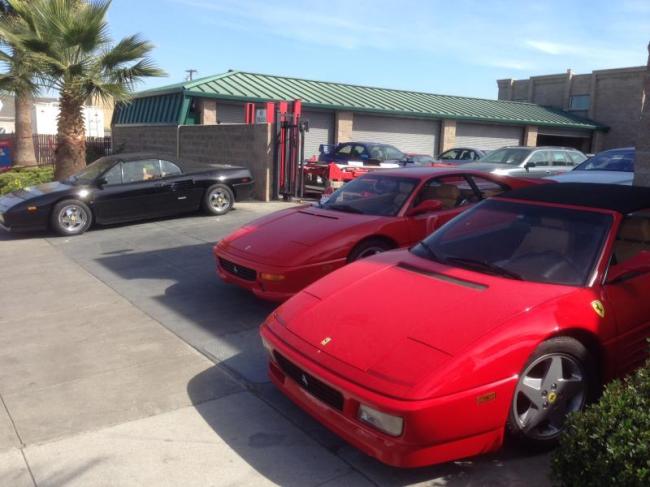 From what I read, this could have easily been done with some jacks, but I’m too big of a wimp to get under the car – paranoid visions of metal crashing down on my face come to mind. Yeah yeah, I’m a wimp.